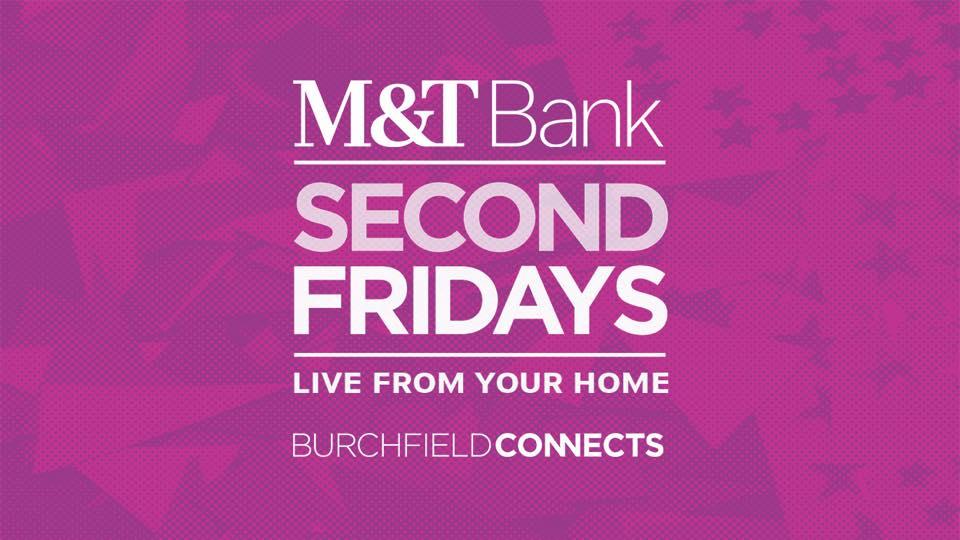 Join us for June M&T Second Friday on Friday June 12th! This month we'll be hosting a virtual Second Friday! You'll be able to stream event from wherever you are! We'll have live music by Donny Frauenhofer and Tyler Westcott, as well as live art making by Adam Zyglis and Caitlin Cass. Each of the artists will be streaming directly from the Burchfield Penney Art Center Facebook page.
Click here for more information about this activity

Zyglis's family has been based in Western New York for three generations. He was born in Buffalo and grew up in Alden, N.Y. In 2004, he graduated from the Canisius College Honors program summa cum laude with a major in computer science, a minor in math, and a concentration in studio arts. His first cartooning job was for the Griffin, the weekly student newspaper at the college. His work at the newspaper in 2003 earned him three national collegiate cartooning awards, which led to freelance jobs with the Buffalo alternative weekly Artvoice. He accepted a full-time position at the Buffalo News in August 2004, at the end of a three-month illustration internship.

The Pulitzer committee commended Zyglis's ability to use "strong images to connect with readers while conveying layers of meaning in a few words." In his cover letter nominating Zyglis, News editor Mike Connelly wrote that the artist “leads his readers to a smile or a tear, sometimes confirming what they already thought, sometimes prodding them to reassess. His editorial cartoons take on Republicans and Democrats, John Boehner and Barack Obama. And with cartoons such as his take on … data mining and CNN, he doesn’t hesitate to go beyond politics. (Wolf Blitzer was a good sport about the April Madness cartoon; CNN asked for the original.)”

He is married to artist and writer Jessica Zyglis.

Regionally, Frauenhofer can be found performing all over New York State and beyond, playing in too many projects to count. Truly a rarity, Frauenhofer has shown the versatility as a pianist/keyboardist to perform as a side man in both musically complex academic settings with classical and jazz vocalists, as well as being the first call for local and regional tribute projects such as Allman Brothers’ Band, Phish, Steely Dan, Grateful Dead, Herbie Hancock, Prince, Frank Zappa, Weather Report, James Brown, John Williams, as well as plenty more.

Endlessly in the pursuit of growth as an artist, Donny Frauenhofer takes these diverse influences and puts them on full display in DFB, or Donny Frauenhofer Band. Essentially a supergroup, DFB consists of a rotating cast of some of Buffalo’s best young musicians and takes the tight, rhythmic complexity of Frank Zappa’s music, adds a harmonic layer largely influenced by jazz traditions, and provides an open improvisational approach akin to the traditions of the modern jam band.

Largely known as Buffalo’s best kept secret, the secret may be starting to spread with nominations for “Best Jazz Pianist” in JazzBuffalo’s Reader’s Poll 3 years running, and an award for “Best Jazz Fusion Act” with THE TRUTH, a group he helps compose and arrange for. Constantly rejecting and reinventing narrow labels to expand his craft, Frauenhofer truly best represents an incoming generation of musicians that embrace and access an infinite amount of influences.

"From all walks of life. To describe his stance otherwise, would be demarkative at best. He might be said to epitomize the phrase 'if an egg floats, wear it'. His passion for his craft is unwielding and adematous, and he wouldn't be caught dead in a corner if a butcher asked him twice." - Dr. David Gaita
---------------------------------------------------------------
Caitlin Cass makes comics, drawings, watercolors, prints, and installations under the aegis of the Great Moments in Western Civilization Cooperative, an organization of which she is the founder and sole member. As the name suggests, Cass’s work is inspired by the Western canon and humorously salutes those figures from throughout history who have worked, successfully or unsuccessfully, to elevate humanity.

Cass was born near Chicago and received a BA in liberal arts from the Santa Fe campus of St. John’s College, a university whose curriculum relies heavily on primary texts written by major figures from throughout history. This rigor and aesthetic informs most of her own work, albeit with tongue firmly in cheek. (As Trevor Abes noted in the Toronto Review of Books, “Her work draws on influences from Heraclitus to Paddington Bear in a poetic attempt to fit the whole world into one craggy group picture.” [1])

She moved to Buffalo, N.Y. in 2009 and earned an MFA in visual studies from the University at Buffalo. It was in Buffalo that she developed an ambitious undertaking called The Museum of Failure, a portable installation celebrating missteps in the march of progress. The “museum” has been exhibited at the Karpeles Manuscript Library Museum and at a Metro Rail stop in Buffalo, at the University of Rochester (N.Y.), and at the Corcoran College of Art and Design in Washington, D.C. Another installation, The Munroe Rivalry, imagined a fictionalized story from the War of 1812; it toured five museums in Ontario, Canada during the centennial of the war. Cass also writes and draws a number of comic books.